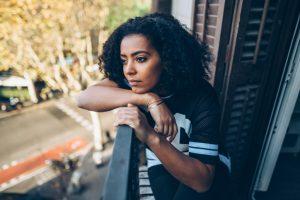 Glaucoma patients have a tenfold greater risk of developing depression than the general population, according to a recent study in Mexico.

Glaucoma, nicknamed “the sneak thief of sight,” is one of the world’s leading causes of vision loss. The disease can be challenging to diagnose because it rarely causes symptoms until permanent eye damage occurs. Advanced glaucoma can be a psychological and financial burden and cause significant stress. According to a study published in the Journal of Glaucoma, the severity of patients’ glaucoma correlates with how depressed they feel. Glaucoma severity can also influence patient compliance with glaucoma treatment plans.

Glaucoma is a family of diseases characterized by optic nerve stress caused by spikes in inner eye pressure. More than three million Americans have glaucoma, but only half are aware they have the disease. The most common form of glaucoma, open-angle glaucoma, can develop without pain or symptoms, and it can cause irreversible vision loss or even blindness.

Other risk factors for depression among the glaucoma patients studied were:

The study suggests patients with glaucoma should create a team of specialists, including an ophthalmologist, glaucoma specialist, psychiatrist and psychologist to produce the best outcome.

Are you familiar with the risk factors for glaucoma? You may be at increased risk for glaucoma if you:

Take a moment to complete this Glaucoma Risk Assessment for more information on whether you are at high risk for the disease.

Optic nerve damage is permanent, so there is no cure for glaucoma. Therefore, it is imperative to detect the disease early and begin a glaucoma treatment plan. Early detection allows for immediate intervention to stop the progression of glaucoma. There are many treatments available to manage the condition, such as: